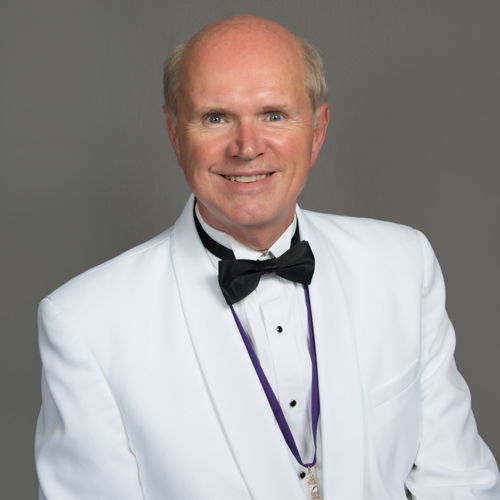 Paquette’s service to the Fraternity began as an undergraduate, when he served as president of the Gamma Omicron Chapter at Syracuse for two terms, chairman of the Undergraduate Council, and as undergraduate chairman of Delta Tau Delta's national philanthropy.

His service continued after graduation as house corporation president and chapter advisor at Gamma Omicron. He has also served the fraternity as a Phonarch, member of an Alumni Supervisory Committee and as a division vice president, among other roles.

Paquette graduated from Syracuse University in 1977 and from the Syracuse University College of Law in 1979 and has practiced law for nearly forty years. He is a senior litigation partner at Bousquet Holstein PLLC in Syracuse where he lives with Cindy, his wife of 37 years, and his three adult daughters and their families.

Steve has dedicated a large part of his life in service to his community. He has served multiple terms on various boards at his church, in service to professional and arts organizations, and as a recognized political leader. He served terms as President of the Board for JDRF in Central New York. He has received recognition in his chosen profession including designations as “Pre-eminent in his field,” “Highly Ethical” and a “Super Lawyer” among others. He lectures on legal topics for the New York State Bar Association and as an Adjunct Professor of Business Law for the State University of New York.