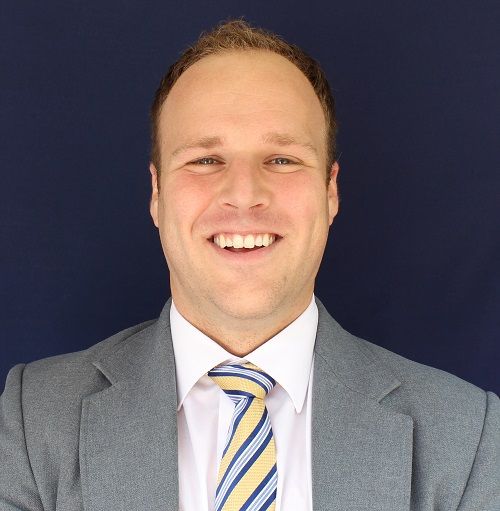 Russell grew up in Louisville, Ky.  He served the Epsilon Xi Chapter as director of academic affairs and chapter president and participated in the Presidents and Advisors Retreat in 2009. In 2010 He graduated from Western Kentucky University with a Bachelor of Arts in advertising.

Russell is in the process of completing his master’s in organizational leadership from Gonzaga University. In his spare time, he volunteers with Big Brothers Big Sisters of Central Indiana and serves on the board of JCI Indianapolis, an organization dedicated to connecting young professionals and bettering the city of Indianapolis. His hobbies include traveling and cheering on his hometown Louisville Cardinals, Indianapolis Colts and Cincinnati Reds.

Support chapters and chapter members, primarily through the chapter consultant program. Works collaboratively with programming, alumni services and growth to ensure the provision of quality services continues to the membership.
< Back